Up to 50k requests per
minute handling capability

Online retail has a well-earned reputation for being a cutthroat industry, and everyone knows that the holidays are the ultimate showdown.

Destination XL Group Inc. (DXL) is a leader in mens big-and-tall specialty retail, with 225 locations and over $450 million in annual revenue. Back in 2017, they were facing their own type of showdown when it became clear that their website couldn’t shoulder the upcoming holiday initiatives without some big improvements beforehand.

DXL understood that their website’s traditional user experience and low stability would have difficulty weathering the traffic spikes (not to mention the marketing campaigns) they had in mind for the holidays. The big-picture issue at hand was not the website itself, but its hosting environment.

Despite their digital environment growing in size and complexity over the years, DXL had always remained on the same original hosting service. Their website was (and still is) built on Oracle software, but their hosting solution at the time was causing major issues and cutting off the oxygen to several parts of the company’s marketing and operations goals. It was clear that it was time for a strategic migration to a new hosting environment.

In essence, it all boiled down to opportunity loss, so they began equipping themselves for change.

DXL started to research hosting providers and pinpointed their ideal solution — Amazon Web Services. It would offer the power and flexibility they desired while also moving everything completely to the cloud, an essential long-term strategy of theirs.

Pivotree was a true partner. They had a very clear plan, but were pragmatic enough to be flexible where needed without causing set backs. They made DXL aware or all potential problems in advance. When unforeseen obstacles were discovered, they were quick to come up with creative solutions.

Pivotree caught the eye of DXL Leadership for one key reason. They were offering a solution that fit DXL’s needs to a tee, and moreover, they were the only ones offering it. After significant investments in research & discovery, Pivotree had successfully developed a proprietary environment that would allow an Oracle Commerce website to thrive on AWS.

After testing their solution, Pivotree showcased the results in a webinar that caught the attention of DXL. It appeared that they had indeed created an environment that allowed the two systems to communicate and coexist in a way that was both robust and customizable. DXL was steadfast in their commitment to move to the cloud, so naturally, this migration solution seemed to be the most logical path forward.

Pivotree’s reputation for successfully hosting Magento on AWS, another platform pairing that is infamously difficult, sealed the deal for DXL. They teamed up and got to work in early August 2017.

With Black Friday looming 3 months after project kickoff, the Pivotree and DXL teams joined forces and faced the migration project head on.

It was a painstaking process. The company’s website, destinationxl.com, showcases pieces from over 2,000 designers and boasts a complex backend with over 60 integrations. Chris Boyke, Director of Oracle Commerce at of Pivotree, likened it to performing a brain transplant while simultaneously admiring the dedication and teamwork displayed on both sides — “We worked with their networking team very closely to make sure that no stone was left unturned. We had calls almost daily, and I believe that our transparency and honesty is what gave them confidence in us.”

Overall, the migration took approximately 12 weeks, spanning from early August to early November. There were 6 weeks allotted for testing with multiple successful releases throughout that time. Pivotree’s team remained highly responsive and collaborative in order to avoid setbacks, and they were indeed successful in migrating DXL’s Oracle Commerce site to AWS.

Using Pivotree’s custom solution, DXL can rest easy knowing that their website has the stability, security and safety nets putting it in line with 2018 best practices.

Their optimized website has opened up significant marketing and business growth opportunities, allowing them to find their footing and execute digital initiatives that they were not even able to entertain taking advantage of before. And they can let the KPIs speak for themselves:

Moving forward, Pivotree will continue to provide DXL with managed support and monitoring services. They will always see one another as a partner and remember their Oracle to AWS migration as a testament to creative thinking and collaboration. 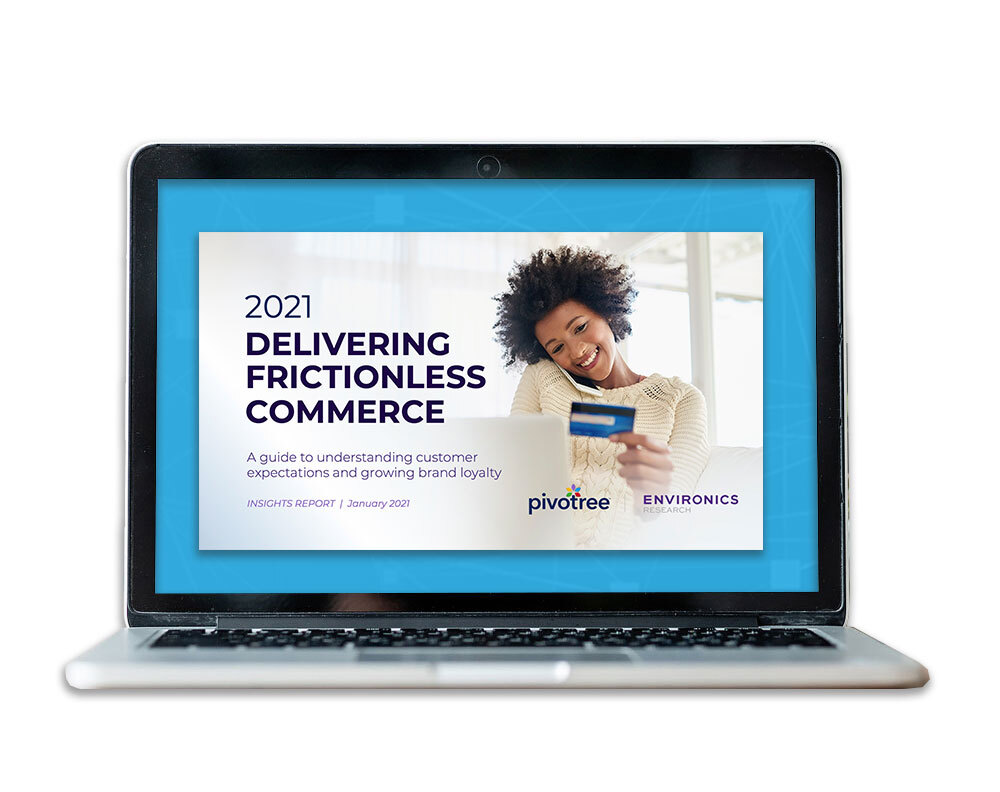 Want to know what 3,800 consumers think about frictionless experiences? In this 2021 research study report, we dive into the six dimensions of frictionless commerce and show businesses how they can optimize the digital customer experience.